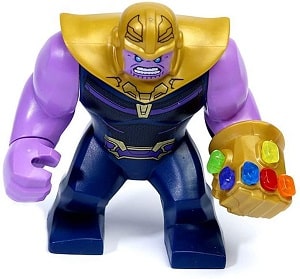 Hi everyone! I've newly joined NinjaBrick, and this is my first official post on the site (though I did write a Solo Star Wars Minifigures post before). Today, I will be taking a look at all of the official LEGO Avengers Infinity War minifigures.

Update: There are rumours of another set but characters are spoilers so it won't be out until the movie (premieres April 25th), similar to the Tanker Truck with Spidey in Civil War.

The first figure is the Thanos bigfig, the main character of Infinity War. Disappointingly, he reuses the 2016 Thanos mold which is not accurate as Thanos does not wear armor in the film. He has a dark blue outfit and some golden armor here, along with sleeveless arms.

His weapon is a sword, though he also comes with an Infinity Gauntlet which he can wear. One Infinity Stone appears in each set, so you will have to buy every set (or get the stones individually online) to fully assemble the gauntlet.

Now we move on to the Children of Thanos, aka the Black Order. The first member is Corvus Glaive. He wears a gunmetal grey outfit and has a tattered cloak with hood, along with a devious, demon-like expression. He also has an oversized glaive weapon.

The second character in the LEGO Avengers Infinity War minifigures list is Proxima Midnight, another Black Order member. She has a white upper body with a gold arm and plain black pants, which is a little under-detailed. She has a double-sided head along with a new hair mold.

The third Black Order minifigure is Ebony Maw. He is nicely detailed, with well-printed torso and legs, along with an aqua-colored head and translucent yellow Power Blasts.

The final member of the Black Order is Cull Obsidian. He is very big in the movie and is appropriately represented as a bigfig. His head and pauldron look good but I must say that I think his legs look a bit plain.

Thanos has come to earth with an army, and that army is made out of Outriders. These are inaccurate as the Outriders in the movie have four arms, but I do like how these six-armed minifigures look. They have a new neck bracket piece to accommodate their four extra arms.

We now move on to the first protagonist, Captain America. This minifigure is new and now has a beard along with a new torso print that has a blackened-out star. He comes with two clawed gauntlets which decently represent his new shields in the movie.

Next is Iron Man. He is the only named character to appear in more than one Infinity War set so far. This variant comes in the Sanctum Sanctorum set.

However, this version of Iron Man also appears in the Thanos: Ultimate Battle set, with some armor extensions on the back.

Here is Thor. He has a new simplistic torso print, along with a spiky hairpiece. He comes with his new Stormbreaker axe, but sadly he is inaccurate as he does not have his eyepatch.

The next character in the LEGO Avengers Infinity War minifigures wave is Black Widow. She has received a makeover for Infinity War and that is reflected here, with a cool yellow hairpiece to replicate her platinum blonde hairdo in the movie. Her head and legs are reused but I do not mind as I think they suit her. Her torso is new but unfortunately is too green. She comes with two batons.

Here is Bruce Banner. He is reused from the Thor: Ragnarok line which is unfortunately inaccurate and feels a bit lazy.

It looks like there will be a big battle in Wakanda so it is fitting that Black Panther appears. He is from 76103 The Corvus Glaive Thresher Attack, but is sadly reused from 76100 Royal Talon Fighter Attack, and I'm not the hugest fan of this figure.

Black Panther's sister Shuri also appears in the same set, but interestingly does not wear her more African outfit designs from Black Panther. Rather, she wears a simple orange jacket and black pants. She has two gauntlets which are reasonably accurate.

In the Infinity War trailer, Falcon is seen flying through Wakanda, guns blazing. He has been updated for 2018 and looks a lot better, with a dark grey color scheme now and poseable brick-built wings. I do wish some guns were included, though.

Another minifigure on Wakanda is Vision, and the Mind Stone in his forehead is what the Black Order is after! He is reused from 2016 but is still a nice minifigure in my opinion.

We now move on to the Guardians of the Galaxy, beginning with Star-Lord. He is reused from 2017, but now he does not have his mask or his jetpack.

Our second Guardian is Gamora, who, unlike Star-Lord, has been updated. She now wears a brown jacket over a black outfit.

Rocket here is also, sadly, reused. I do wish he had another outfit or maybe even new prints for the head. His gun is also boring.

Here we have Adolescent Groot. He has a new head mold which looks pretty good, and his torso print is quite nice. Sadly, his legs are unprinted and his accessory is kind of boring.

We also have a couple more minifigures from the New York front, the first of which is Iron Spider. This is the new suit shown to Peter Parker at the end of Spider-Man: Homecoming, and also the suit in the trailer. It now has some golden highlights on the suit itself along with four golden arms coming out of the back.

That said, the legs are not dual-molded which is a huge disappointment as I think they look terrible from any angle that is not head-on. I do not understand why LEGO seems to reluctant to use dual-molding, especially on minifigures who need it like this one.

Finally, we have the Sorcerer Supreme Dr. Stephen Strange, wielder of the Eye of Agamotto aka the Time Stone. His minifigure from 2016 has been updated slightly, and now has a new hairpiece and some Power Burst elements for his powers.

That's it for my look at the official LEGO Avengers Infinity War minifigures! I hope you enjoyed reading it. Let me know what you think in the comments below!

Thanks! Glad you liked it :)

Uh, Vaderfan2187, hmm that name sounds vaguely familiar. Cool post, can't wait to see what you get up to next on this site!

Thanks Jack! Hmm yeah I wonder who that could be... :D 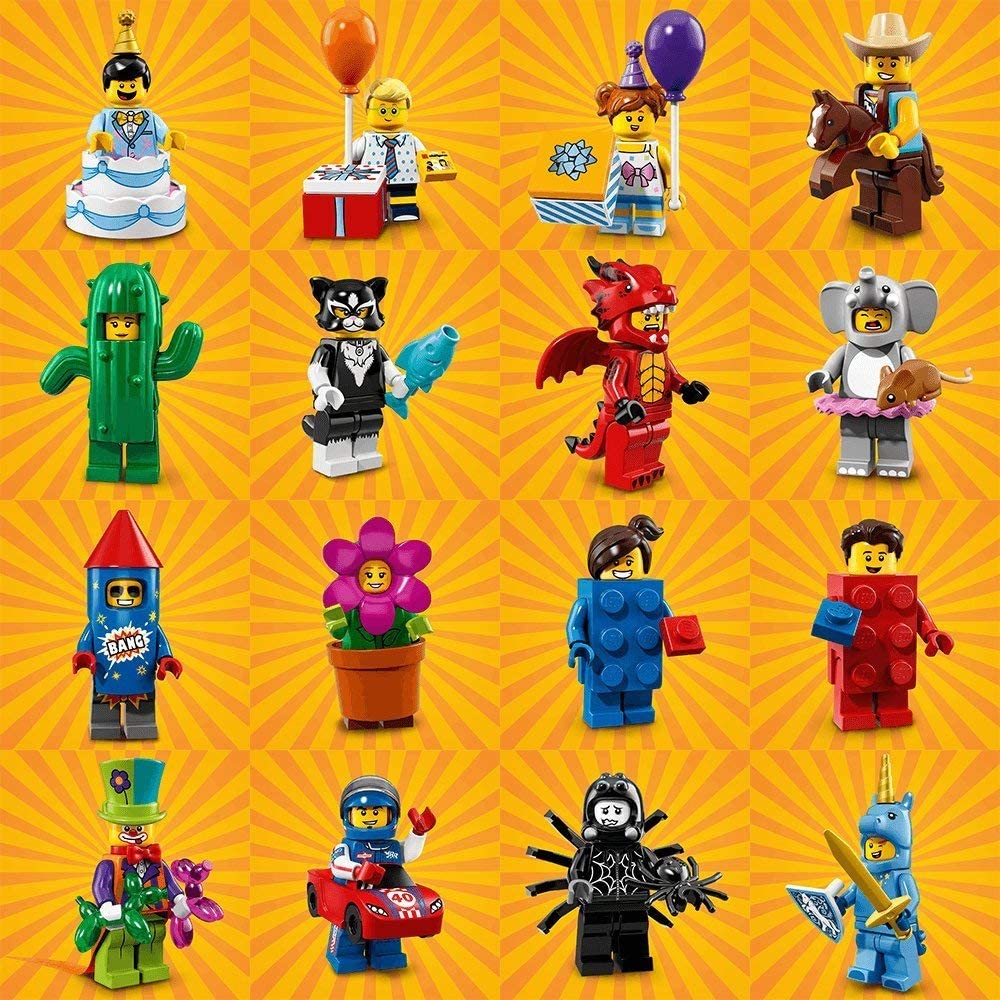 Analysis of the LEGO Solo: A Star Wars Story Sets
2 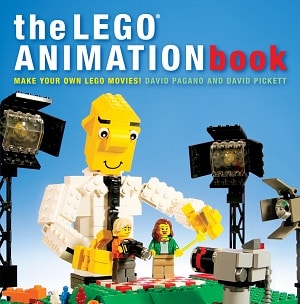